The eight young, faith-filled pioneer Christian Brothers who made the long and arduous 9,000-mile, month-long journey by steamship, train, and wagon from New York Harbor via Panama to San Francisco Bay in July and August 1868 to take over management of five-year old Saint Mary’s on Old Mission Road, held fast to the purpose of their Order, defined by their Founder, Saint John Baptist de La Salle (1651-1719):  “…to give a human and Christian educat 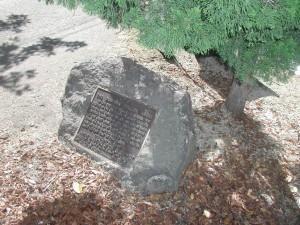 ion to the young, especially the poor, according to the ministry which the Church has entrusted to it.”  And at Peralta Park, Berkeley, where Ohlone Indians once fished in Codornices Creek, and the Peraltas raised cattle near their adobe on Albina Avenue, where Sam’l of Posen gave Berkeley its “Palace,” and where, in 1927, Saint Mary’s College High School found her new home looking out over the Golden Gate, Lasallian Catholic education is flourishing .

Pictured:  Historical marker at 1302 Albina Avenue:  Jose Domingo Peralta Adobe (above), and (below) 1941 Key System Streetcar on California Street between Ada and Hopkins, with the towers of the Peralta Park Hotel / St . Joseph’s Academy on the Saint Mary’s campus in the distance.  (Roy Covert photo, BEARA collection). 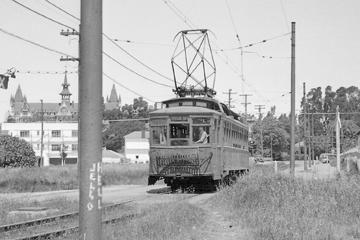 Learn more about Saint Mary’s history, its Berkeley campus, and about Peralta Park itself in the PDF vignettes below .

The Lueders House is Tom Roe’s Masterpiece, 2011, by Daniella Thompson

A History of Berkeley, from the Ground Up

The Man Who Lit Lady Liberty by Richard Schwartz (2017)

The story of actor M.B . Curtis, who built the Peralta Park Hotel. 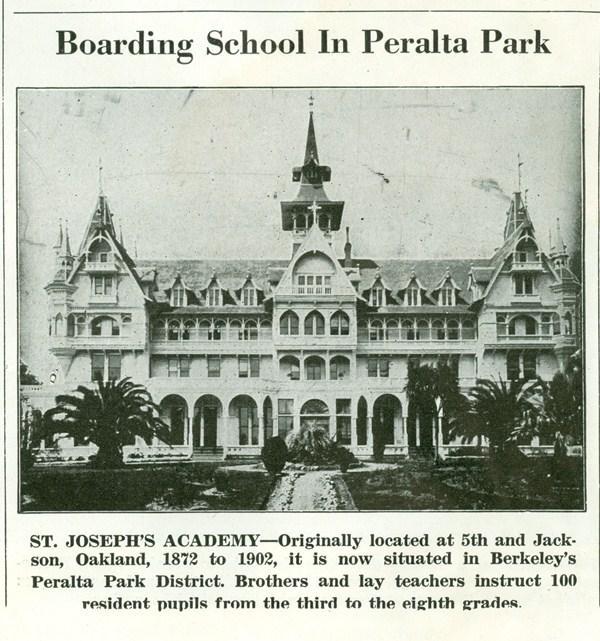