Saint Mary’s College High School is fortunate to be part of a vibrant and charming North Berkeley neighborhood that includes a commercial district historically known as “The Monterey Center,” with friendly shops and specialty businesses that attract shoppers from throughout the Bay Area and from the extended Saint Mary’s community, as well .

The campus itself is historic, set on land once part of a 19th century Spanish land grant belonging to Don Jose Domingo Peralta, and later home to the magnificent Peralta Park Hotel.  The school is bordered on the south by Berkeley’s Codornices Creek, and opened at its third and current campus on August 28, 1927 with a crowd of more than 3,000 people at the dedication.  The Christian Brothers have been teaching at the site since purchasing the property and hotel for a grammar school in 1903.  From 1903 until 1969, grammar and high school boarding students from around the state and around the world lived on campus and shared classes with day students.  In 1995, young women were welcomed to Saint Mary’s in the school’s transition to coeducation .

The school community is grateful for the continued support and kindness of our campus neighbors and local merchants.  Join us for athletics, performing arts, and fundraising events throughout the year .

Pictured:  Monterey Center ads from Saint Mary’s 1927 “Peraltan” Yearbook; Monday, August 29, 1927 Chronicle article on the dedication of the new Saint Mary’s High campus in Berkeley the previous day: Saint Mary’s had been founded in San Francisco in 1863 and was then located in Oakland from 1889 until 1927; Louis Store and original Monterey Center Market on Hopkins Street circa 1950; August 7, 1927 Oakland Tribune; program from August 28, 1927 high school dedication ceremony at Peralta Park . 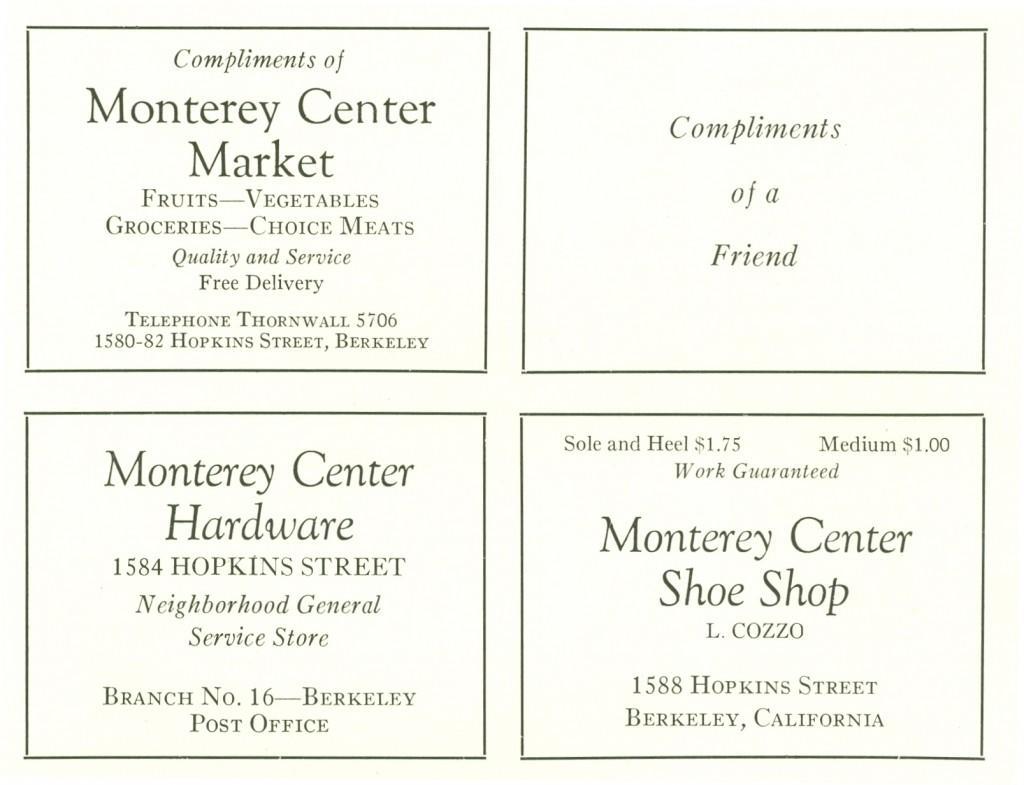 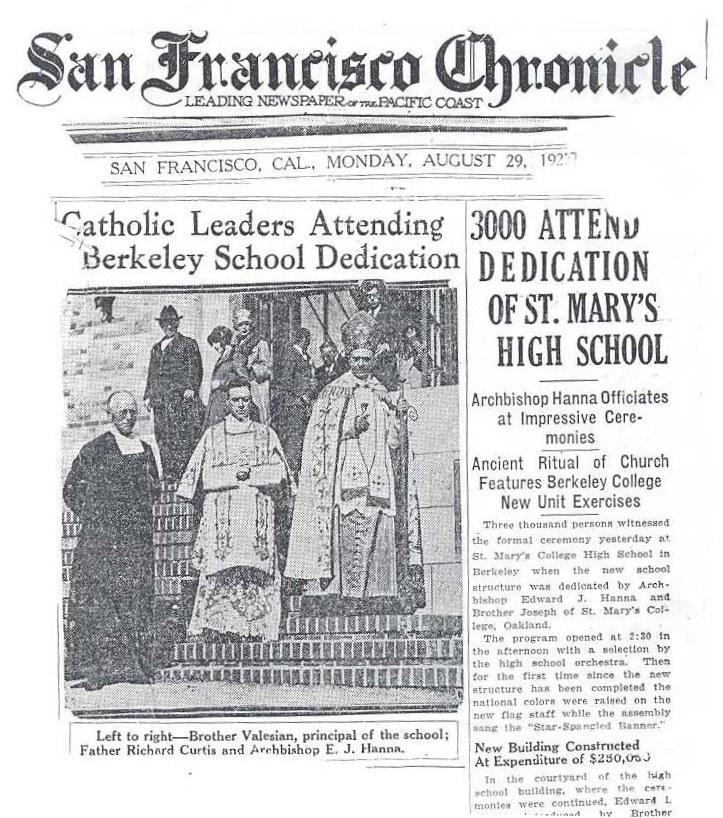 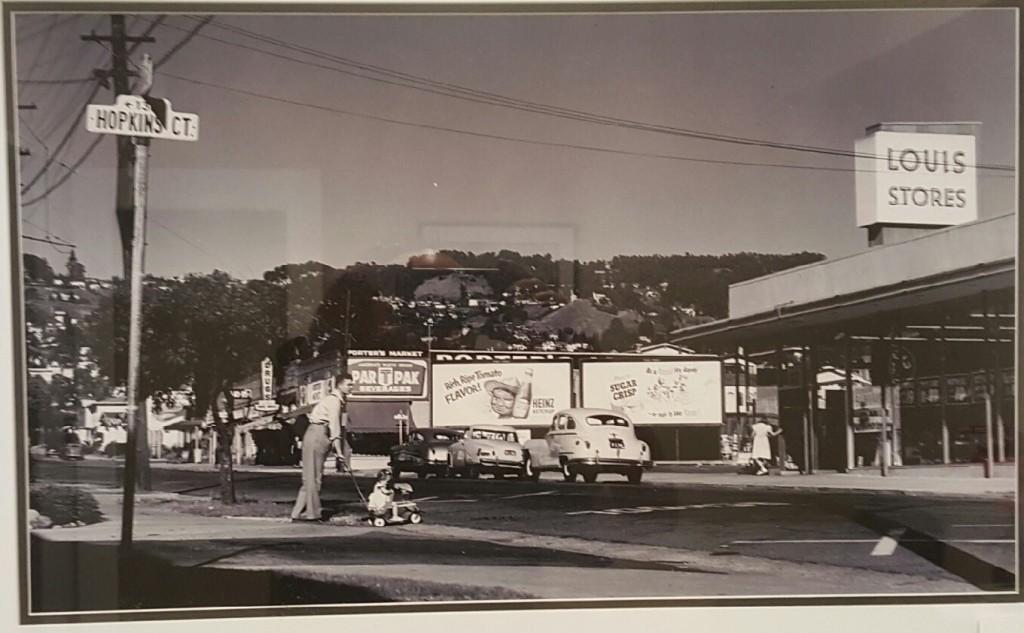 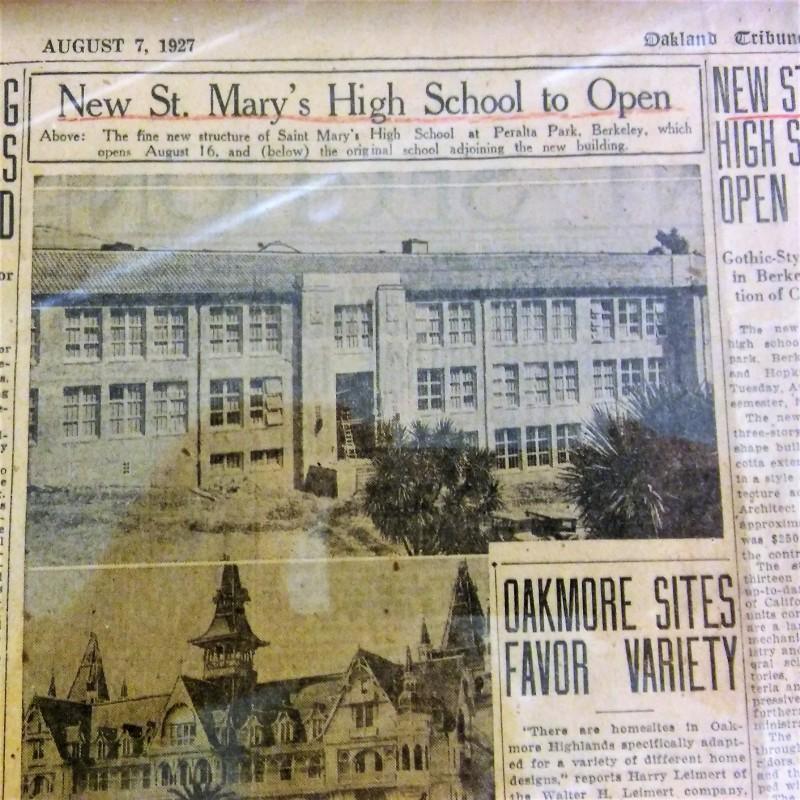 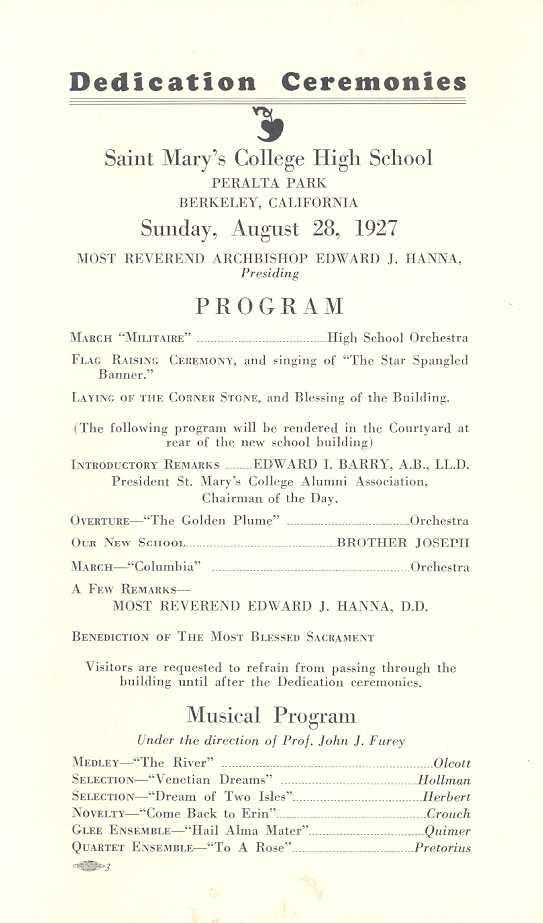